Although children and teenagers are not considered an at-risk group due to their age, group housing does pose risks.

Justice and Human Rights Minister Hernán Larraín and Childhood Undersecretary Carol Brown met with leaders from the Confederation for Production and Commerce of Chile (CPC) and representatives from companies and private citizens who have provided resources to protect employees and children in homes run by the National Minors’ Service (Sename) and partner organizations.

The initiative by the Childhood Undersecretariat took the form of a campaign to encourage the private sector to donate basic healthcare supplies such as hand sanitizer, masks, surgical gloves and face coverings that will protect those who work and live in juvenile justice centers and homes within the Sename network.

Officials met on Tuesday with the President of the Confederation of Production and Commerce of Chile (CPC), Juan Sutil, along with José Manuel Mena from the association of banks and financial institutions (Asociación de Bancos e Instituciones Financieras de Chile A.G.), Diego Hernández from the Chilean mining society (Sociedad Nacional de Minería de Chile, Sonami), and representatives from the companies CMPC and Agrosuper, in representation of all the companies and individuals who donated to the campaign.

Justice and Human Rights Minister Hernán Larraín and Childhood Undersecretary Carol Brown expressed their thanks for the donations, which came from companies such as Pimasa, Tecnofast, AIEP, PF, BHP and Walmart, as well as individuals. The resources will be used to safeguard the health of children and teenagers who are being cared for by the State. The officials also thanked Fundación Colunga, which helped organize the donation process.

Although children and teenagers are not considered an at-risk group due to their age, those in the care of Sename face challenges because being enclosed with others on a daily basis in group housing does pose risks.

Justice and Human Rights Minister Hernán Larraín said, “we want to express our gratitude on behalf of the Government and particularly on behalf of Sename and the vulnerable children who are cared for and protected by this State institution. We want to thank the private sector. Solidarity is an ethical imperative in times of pandemic.”

In this regard, Childhood Undersecretary Carol Brown said, “we are working to help those who need it the most. This is a time when we can all help. On behalf of President Sebastián Piñera’s Government, we want to thank the private sector for its support and for working with us to ensure the wellbeing of the children that Sename cares for.”

Sonami President and CPC representative Diego Hernández highlighted, “we are working with over 50 foundations that serve 300,000 vulnerable Chileans, who cannot care for themselves and are at greater risk of contracting the disease. They include children with cancer or chronic illnesses, families living in informal settlements, and the young people who are under the protection of Sename.”

CMPC executive Guillermo Turner said, “our company is turning 100 this year. It is likely that we will not have the celebration that we had planned on, but this has given us an enormous opportunity to strengthen our commitment to all people through a wide range of activities. In this case, we can support the children’s homes in our local area, and we are very happy to be able to help them.”

Agrosuper Manager Rafael Prieto added, “We are proud to be part of this campaign, which will provide supplies that will be used to protect the children and teenagers living in Sename homes during this health emergency. Our contribution is directed at the regions and municipalities in which we have production sites. It will benefit ten homes in nine municipalities in the Valparaíso, O’Higgins, Araucanía, Los Lagos and Magallanes Regions.”

The Social Development and Family Ministry is conducting a campaign to meet the demand for healthcare supplies for the various Sename centers and residences. The campaign will continue to receive contributions and donations from the organizations, individuals and companies that have committed to supporting it.

To date, the campaign has raised over 450 million Chilean pesos (around US$539,000). Some of the contributions have been donated to homes where companies have their operations and others have left it to the authorities to prioritize the regions and homes where the risk is highest and the need greatest.

The needs of these centers, like those of the entire country, are substantial. However, the government has prioritized centers in which children or staff have already come down with the virus, those that present the greatest risk of contagion and those with a limited ability to engage in social distancing. The latter group is comprised of homes that house over 50 children (and the staff who care for them) and provide services at a single location.

President Piñera presents step-by-step plan: "It will be applied gradually, listening to the co

Astrotourism in Chile: the World’s Foremost Destination for Stargazing

Chilean Chevening scholars meet Ambassador before travelling to the UK 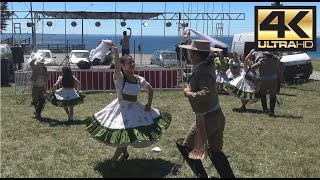 Check Out These Destinations for Biking in Chile

Chellew family from Cornwall to Chile